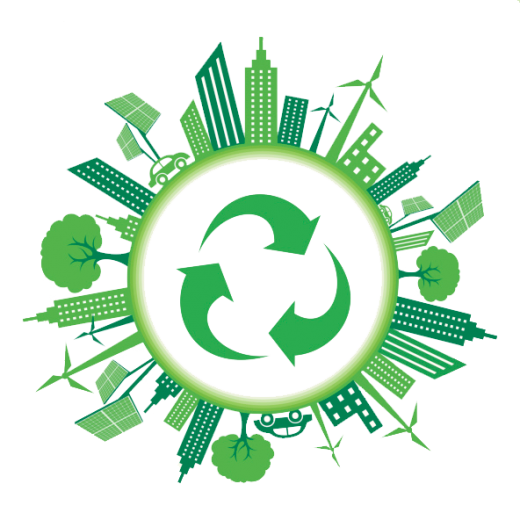 The flexible-packaging printing and converting markets in the United States and across Europe certainly have their fair share of challenges – customer demands for more cost-efficient production, material and consumable cost increases, industry consolidation, and recycling hang-ups amid the trend toward a circular economy. But the two markets also remain relatively healthy and innovative when it comes to moving products from rigid containers to flexible formats.

The US flexible-packaging industry saw a respectable 2.4% increase in dollar volume last year over 2016, according to the “2018 State of the Industry” Report presented last March at the Flexible Packaging Assn. (FPA) Annual Meeting in Naples, FL. The increase translates into about $750 million of additional demand for flex packs annually.

The report, presented by David M. Staker, president/CEO of Plastic Packaging Technologies LLC, and current chairman of the FPA, also forecasts growth for the packaging format for almost all end-use markets. In addition, US flexibles as a percentage of total packaging relative to Europe suggests the potential of a “one-time” shift of about $5 billion in packaging spending toward flexibles and away from rigid containers since 2007 (see photo).

Some highlights from the FPA report:

US converters saw their volumes rise slightly and profits remain mostly flat last year. The US market’s products in 2017 were composed of 78% value-added flexible packaging, or $24.1 billion of dollar volume. The other format segments’ shares were 10% consumer products, 7% retail poly bags and 5% other poly bags and wraps; this is unchanged from 2016.

In terms of printing methods, flexography continues to lead with 67% market share, compared to 65% in 2015. Gravure fell to 10%, down from 14% two years ago. Offset and other methods are unchanged at 4%. And digital printing continues to barely register at less than 1% market share. Unprinted finished-materials share has fallen to 15% from 24% back in 2012, showing the growth of value-added flexible packaging.

The European flexible-packaging field is dynamic, developing, and decisive as a resource-efficient format, according to Jan Homan, chairman of Flexible Packaging Europe (FPE). He gave his annual continent-wide update at the FPA Annual Meeting.

Overall, the European flex-pack market was up 2.1% to $15.8 billion in 2017. The FPE defines flexible packaging as primarily value-added materials for primary retail and non-food end-use applications. It excludes shrink and stretch films for secondary-packaging applications, carrier bags, supermarket shopping bags and self-serve counter bags. Consequently, its numbers seem lower than they should be compared to the US market, especially for a region with 28 countries and 511 million consumers.

Some highlights from the FPE presentation:

Western Europe held a 14% market share of global flex-pack production last year, up 2.0% over 2016, and Eastern Europe had a 3% share, up 2.3% over 2016. Major Western European markets including Germany, France, UK, Spain and Benelux are growing at around the regional geographic trend; Italy is climbing at around 2.5% by value, slowing slightly from 2016; and Turkish demand continued to grow at least 1% above the average.

Depreciation of the Pound Sterling following the Brexit vote is seeing more import substitution and more UK converters targeting exports to mainland Europe. Some mainland European converters are considering establishing a UK presence for production before the breakup takes effort next spring.

Above-average flexible-packaging growth by value is seen in applications such as coffee, fresh produce, chilled foods/ready-to-eat meals, pet food, and pharmaceuticals. Confectionery, one of the largest categories, was broadly static in terms of value.

As for Eastern Europe, growth is picking up to around 3% in Russia, despite some international economic sanctions. Ongoing import substitution in Russia has seen production growing faster than national consumption during the year. In Poland, the market continued to grow relatively strongly at over 4% in 2017. Exports out of Eastern Europe keep climbing, especially begin sent into Western Europe. More converters, particularly those in Poland, are increasingly active in exports.

CEFLEX is a collaborative project of a European consortium of companies representing the entire value chain of flexible packaging. The Project CEFLEX Vision for a circular economy states, “By 2025, there will be an established collection, sorting, and reprocessing infrastructure/economy across Europe for flexible packaging based on end-of-life technologies and processes, which deliver the best economic and environmental outcome for a circular economy.”

By Mark A. Spaulding

The jobs carried out by printing presses in the flexible packaging sector are...

Both companies bet on training to improve the flexible packaging industry The...

Comexi expands its position in Africa

The group has recently installed a Comexi F2 MB at Natpak facilities in...

The worldwide partner sets new records in this area and expects a 20%...

Flexible packaging has gained popularity among consumers during the last years...

The Future is Flexible

As Society is getting more and more concerned about the resources it uses and...

Expanding Comexi for a brighter 2018

In few weeks we are going to end a year and I would like first of all thank you...

Comexi ML2: the perfect combination of...

Comexi and QuadTech collaborate on...

Since 2016, Comexi and QuadTech, Inc. have joined forces in the investigation...

Comexi shows latest innovations in its...

Key trends for flexible packaging this...

Packaging has become, throughout the years, a significant component for...

Comexi, specialist in solutions for printing and converting equipment for the...

Comexi achieves historic records for its...

As a leading flexible packaging producer in the high-growth African region,...

Comexi and Totalflex extend its...

There is a mounting public pressure on brand owners and retailers to reduce the...

Industry 4.0, must focuses in customer

Currently, our society is living a new transformation called IIOT or Industry...

Be prepared for the future of flexo...

In the last 20 years, the flexographic printing process has experienced a fast...

Constantly updated in the flexible...

Spring has arrived, so a good time to inspire people and create new things....

Comexi holds the year of technical...

Comexi, global leading supplier for the flexible packaging industry, has...

Apex, Esko, Sun Chemical, Dupont, Cauchos Puntes and Comexi joined together in a...

The new Comexi L20000 has been installed in the company headquarters in Belgium...

Comexi expands its presence in the...

Comexi exceeds your expectations at the...

During 2018 Comexi, global leader in the flexible packaging industry, is...

It has been shown that consumers prefer a resealable option when it comes to...

The digital revolution in lamination

Comexi Lamination is well known as the most innovative machine supplier in the...

While publication gravure has been struggling for several years with structural...

Offset has established an important position in the flexible packaging market...

Comexi centers its Service Unit in the...

Comexi, specialist in machine solutions for the flexible packaging printing and...

Comexi is committed to a circular...

Comexi, specialist in machinery solutions for the printing and converting...

Flexible packaging opportunities in the...

Nowadays, the most important issue in the transporting is the safety and...