An almost perfect type of packaging 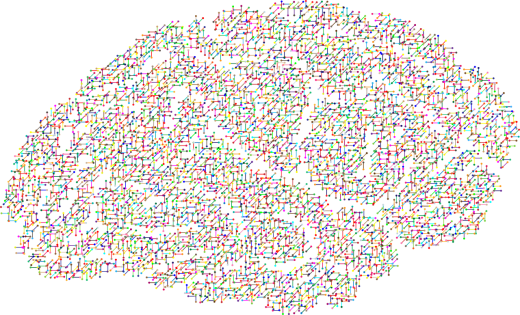 At the beginning of 2017, about 40 international corporations met at Davos in Switzerland to commit themselves to the implementation of a closed loop recyc­ling for plastics to reduce the pollution of the oceans with such waste. However, these market players did contribute to the strong increase in demand for plastic packaging, which in the meantime has reached an annual size of 300 million tons. Just a small part of all this amount of plastic gets recycled whereas the bulk of the waste continues being dumped into landfills or burned in incineration plants.

Nevertheless, this mainly refers to the industrialised countries with the USA having a special standing. According to the German Federal Environment agency, the 30 million tons of plastic waste that are released into the oceans mainly comes from Asian countries like China, Indonesia, the Philippines, Vietnam and Sri Lanka. Plastics arrive at the ocean after being thrown away in the rivers. However, despite these challenging conditions we should not act overly emotional and take a more rational approach.

Emotions are often poor advisers, as most debates about this issue fail to mention what major contribution plastic packaging does to resource efficiency and product protection. Regardless of the particular shape, since 1991 the weight of plastic packaging has been reduced by 25% resulting into savings of about 1 million tons of plastics in 2013. Most interestingly, such savings could be achieved despite the high­er demands on packaging like re-sealability and portionability, and also the demands by new food legislation requirements. There is another aspect that should not be neglected: Although more than half of the FMCG’s are packed in plas­tics, the weight share on the total volume is just about 24%.

Moreover, optimised plastic packaging also offers ecological benefits, as they contribute to the reduction of food waste and therefore avoid resource consumption at a significantly higher level than needed for the production of the packaging. The goals of the MacArthur Foundation are very ambitious: 20% of the plastic pa­ckaging waste are intended for di­rect recycling and 30% for conver­sion, whereas the other half is in­tended for material recycling.

It is a proven fact that with regard to resource efficiency and product protection, lightweight plastic pa­ckaging is clearly superior to other types of packaging. In many parts of the world it contributes heavily to the reliability of food supply for the local population.

Nevertheless, it is also clear that the plastics industries must seriously address this subject. In case this would result in a change away from the currently dominating throwaway mentality to the implementation of a closed loop recycling system in flexible packaging; plastic pa­ckaging would turn out to be an almost perfect type of packaging.

Ansgar Wessendorf is the Editor of Flexo+Tief-Druck at G&K TechMedia GmbH. In 1986 he made his first steps into this industry when he started his apprenticeship as a gravure printing form maker. In 1996 he successfully graduated as a printing engineer. He has worked as a gravure printing form maker, shift supervisor, and as production manager. Since 2001 he has worked with the german publishing house G&K TechMedia as editor of the magazine Flexo+Tief-Druck. In 2014 he took over additionally the tasks of the editor-in-chief.

Nick Coombes explains how even today’s sophisticated technology can be...

Always investing in your benefit

Welcome to the third edition of Comexi News newsletter. We appreciate and value...

How flexible packaging can be green?

Packaging field is confronted with many challenges. Nowadays, one of the most...

How can you create an easy open with...

One of the most repeated demands during the last year is the possibility to...