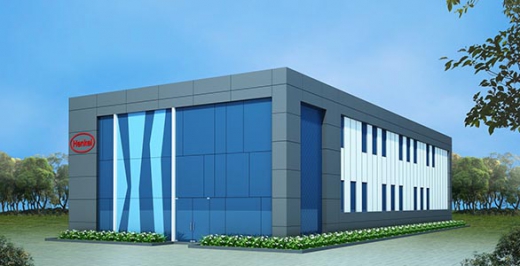 • The Academy will open in Mumbai in early Q4

The adhesives company has placed its trust in the Comexi Group’s experience in developing solvent and solventless laminating machines, and also in its extensive technical know-how and market presence. Therefore, the Academy will have a Comexi NEXUS Dual machine for running its practice sessions; one of the most successful NEXUS solutions thanks to its versatility. In the last few years, the Comexi Group has sold more than a twenty units in those markets.

Henkel India will be opening its new academy focused on lamination techniques for flexible packaging industry in early Q4. This academy and the unique training programme will be the first of its kind in India, Middle East and Africa. It combines practical training with the necessary theoretical knowledge aimed at enhancing participants’ expertise to international standards. A team of accomplished industry experts from across the globe will be at every step of the training providing guidance and support. Henkel India will open its premises to professionals within the sector on a permanent basis, so as to promote know-how in laminating processes and optimise machinery performance by using all elements involved in the production cycle.

For its part, not only will the Comexi Group install its Comexi NEXUS Dual laminating machine. As the exclusive partner, it will also send a team of experts to take an active part in some of the training courses and sessions, without forgetting that lamination technicians from Reifenhauser India Marketing Limited –Comexi Group representative in India- are available to support converters in training and service.

As part of the Comexi Group’s mission to promote its wide portfolio of global solutions in printing and converting flexible packaging in the Indian market, it will also schedule open day workshops to demonstrate this machine and other Comexi products to any professionals who are interested.